CoPS can be useful in identifying exceptionally bright (or even ‘gifted’) students.

Such students sometimes have learning problems because they find the work they are given in school too easy and they swiftly become bored. They can become lazy or careless because they are accustomed to tasks being effortless. They may become naughty or start to disrupt the work of other students in order to create some excitement in their school lives. Very bright students also have special educational needs, and these should be addressed as early as possible. Teachers should try to ensure that very bright students are provided with educational stimulation and challenge appropriate to their abilities, and that special talents are encouraged.

On the other hand, a few exceptionally bright students have relative difficulties which may be hidden and which can cause learning problems.

Carl’s report (see Figures 39a and 39b) shows that most subtest scores are in the upper range of scores, particularly in the visual subtests, with results for accuracy at or above SAS 110 on all except three subtests. Those three subtests have scores in the SAS range 95 to 100, which would not normally give the teacher any cause for concern. Indeed, at first sight, Carl’s whole profile would not worry most teachers. On the other hand, Carl could be a very bright (or even ‘gifted’) student, and the teacher should try to check this. If Carl is bright, then he may have some difficulties for which he is able to compensate at this stage of education, but which may cause him problems later on. In other words, there may be a hidden difficulty. Teachers should try to consider the relative scores on the profile as well as investigating whether scores fall below the thresholds for concern or risk.

Actually, Carl’s WISC IQ score was later found to be 127, which although not exceptionally high is nevertheless in the top 5% of students in intellectual terms. However, his phonological awareness (Rhymes) is relatively low for a student who seems so adept at the other subtests. One would have expected a student with all these other high scores and with very good auditory discrimination to have encountered no difficulty whatsoever with rhymes and obtained a perfect or near-perfect score. For some reason Carl did not, and the teacher should look into that. In Carl’s case, it appears that home background factors were the most likely cause of his somewhat weak phonological awareness – the home was bilingual and there were some aspects of the English language which he had not had opportunities to discover. 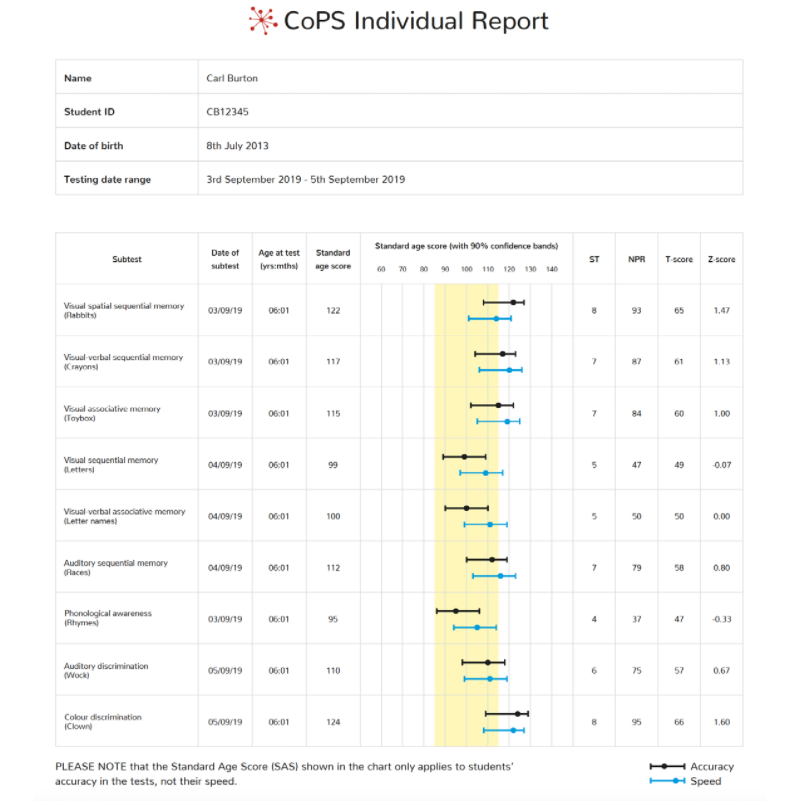 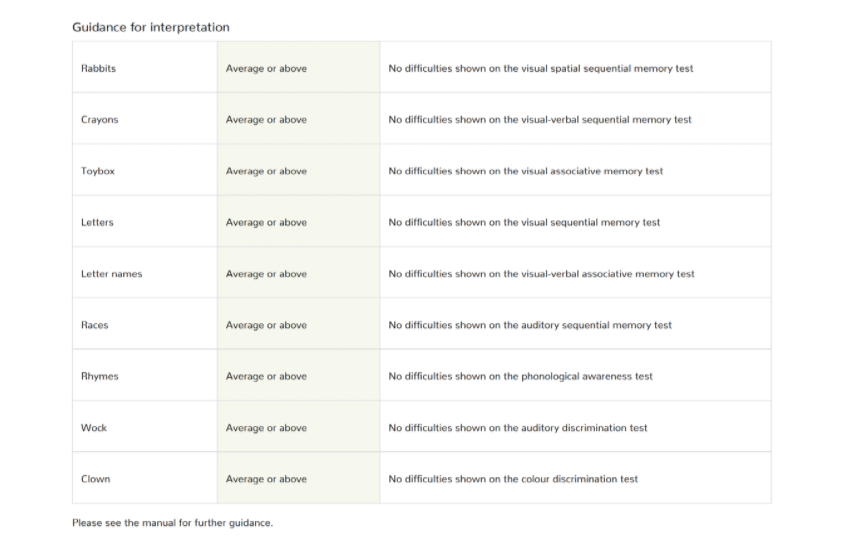 Previous: About CoPS Next: Case Studies 3 and 4: Other complex profiles