Megan is 8 years 5 months. She had been coping reasonably well in her literacy development to date, but her teacher noted that she had particular difficulty in decoding new or unfamiliar words. She was tested with LASS 8–11, with the results shown in Figures 32a and 32b.

The scores show that Megan is of average ability and is in the average range for reading and spelling. However, what is really striking about her results is her very good visual memory (Sea creatures: SAS 113) and very poor auditory sequential memory (Mobile phone: SAS 77). Not surprisingly, she has had difficulty in acquiring phonic skills, which shows in her poor Funny words SAS of 82. In fact, her profile is consistent with a diagnosis of dyslexia. Her visual memory strengths have obviously been compensating for lack of phonic skills, and she has tended to use whole-word visual strategies when reading. Until recently, that approach has been fairly successful, but of late she has begun to fall behind. Further decline in reading ability and school performance would be predicted unless specific help is provided to enable her to develop better phonic skills.

Figure 32a. Megan – a case of poor auditory-verbal memory

Figure 32b. Megan – a case of poor auditory-verbal memory 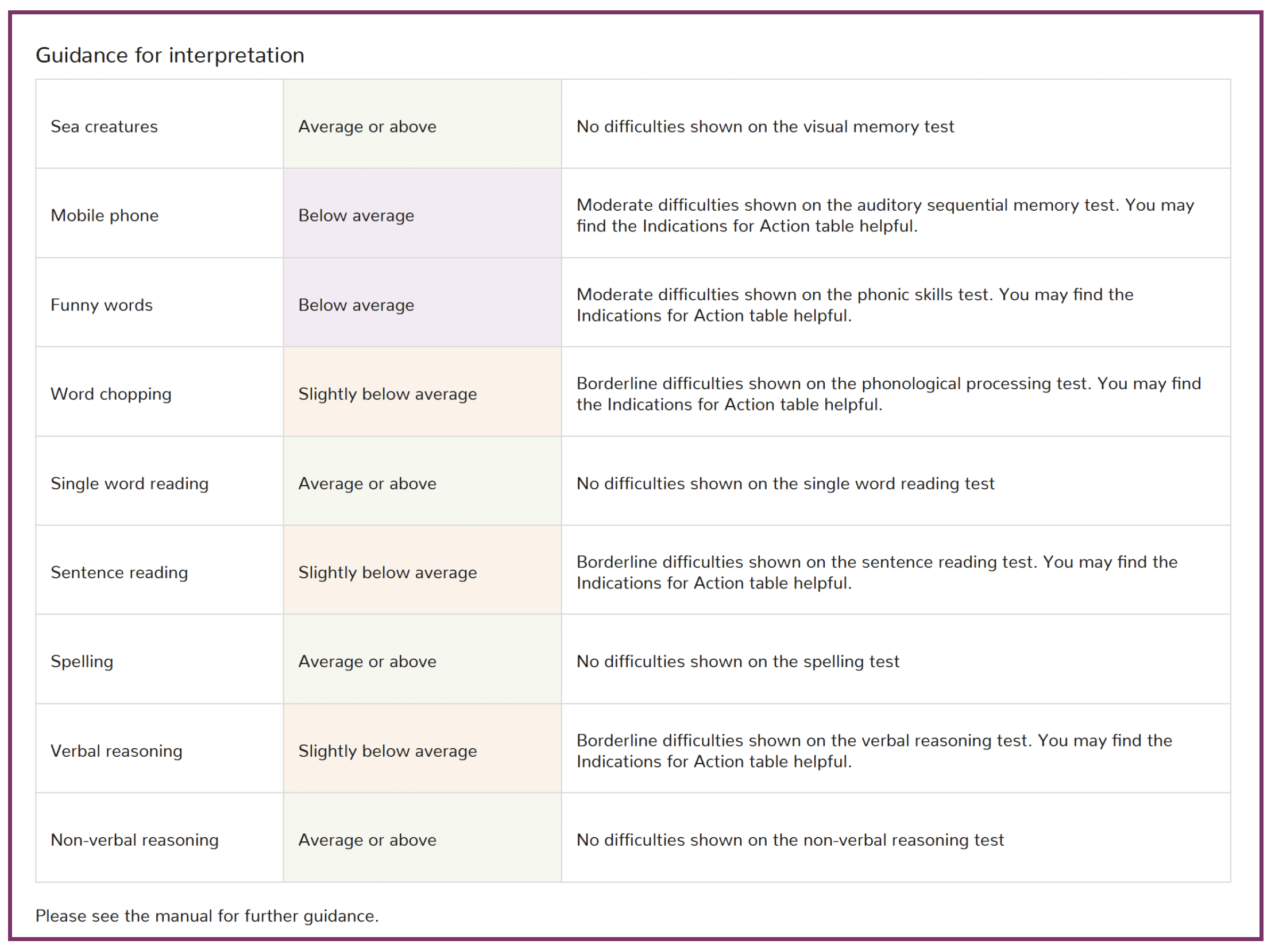 Megan should benefit from an AcceleRead, AcceleWrite course, supplemented by using a talking word processor or screen reader to read back what she had already written. This would also help develop her auditory memory. She could use SymWriter2 to enable her good visual skills to support her writing. Starspell and Wordshark5 would improve her spelling.

Previous: Case Studies Next: Poor fluency in reading and spelling