This is a test of auditory sequential memory using animal names. The scenario is that some animals are going to have races together. The student sees a static image and hears the sound of a group of animals running. To find out the finishing order of the animals (i.e. to find out which animal came first, which one came second, and which one came third) the student has to listen to the computer. The computer tells the student the order by saying the animal names one after the other. The student is required to remember the animal names in the same order that the computer says. They then demonstrate their recall by selecting the pictures of the animals in the order that they finished the race (see Figure 24). It is important to ensure that the student does not attempt to predetermine the finishing order based on the pictorial representations (the order they appear on screen), nor on the assumed superiority of one animal over another (e.g. believing that a lion will necessarily beat a tiger). It is important that the student knows the names of all the animals included in the test, although not all students will be administered all items. The animal names for students aged 4-6 are: elephant, hippopotamus, fox, bear, cat, goat, sheep, donkey, rabbit, squirrel, mouse, panda, tiger, monkey, spider, ant, crab, frog, duck, hen, penguin, robin, horse, camel, reindeer and lion. The animal names for students aged 7 are: elephant, hippopotamus, cat, fox, goat, rabbit, squirrel, mouse, spider, ant, crab, frog, duck, hen, penguin, robin, horse, camel, reindeer, lion, rhinoceros, panda, donkey, monkey, grasshopper, beetle, scorpion, snake, lizard, seagull, pigeon, eagle, parrot, blackbird, kangaroo, buffalo, giraffe, zebra and tiger.

Figure 24. ‘Choose which one came first, then second, then third’ 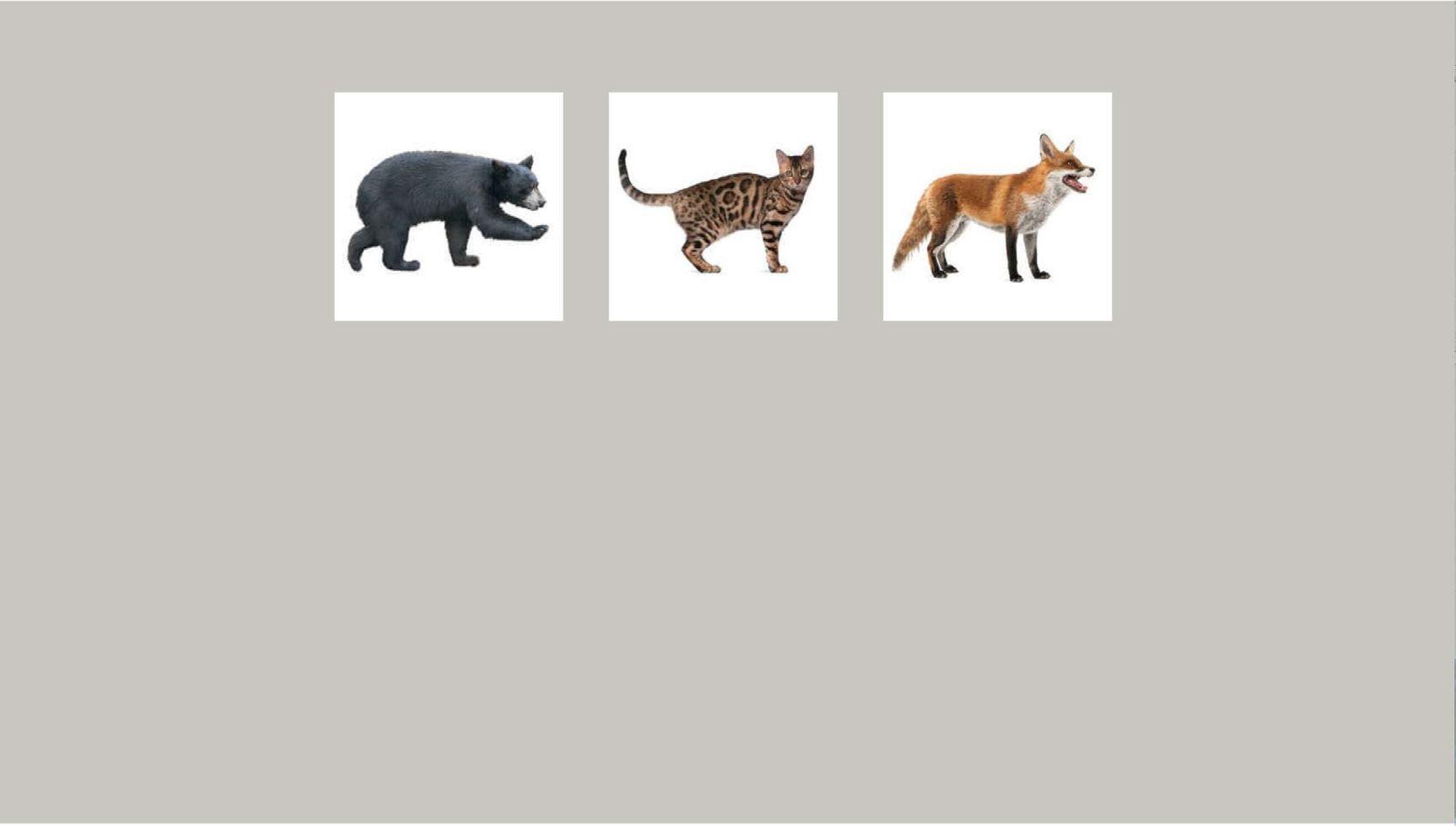 Particular care must be taken with this subtest to ensure that the student knows that they must remember the spoken animal names and reproduce them in the correct order. Younger students may not fully understand terms such as ‘order’, ‘first’, ‘second’, ‘third’, or ‘fourth’, so re-expression of the task requirements may aid comprehension. In addition, providing examples for the student will aid understanding (ensure that the animals chosen are not the same as those in the subtest). Cueing the child to listen to the specific moment of the memory element will also help. This may take the form of waiting until the computer says its cueing prompt of ‘the order that they finished in was’. At this point the teacher may reinforce this cue with their own, for example they may simply point to the computer screen or say a phrase such as ‘remember these’, ‘listen carefully’, ‘listen now’, ‘listen’. Again, the practice level allows the student to make mistakes and have subsequent attempts before the test begins and the teacher may reinforce the task requirements during this process.

Previous: About the subtests Next: Rhymes